Crypto price volatility over the last few sessions has again wrought spectacular gyrations typical of the asset class. The regulated CME CF Bitcoin Real Time Index (BRTI) traded at $45,765 a little earlier, compared to the most recent Bitcoin Reference Rate (BRR) all-time high of $57,410.22 from just a day ago.

Prices on some exchanges, including some Constituent Exchanges from which the preeminent Ether benchmark price, CME CF Ether-Dollar Reference Rate (ETHUSD_RR) is derived, have displayed swings of even greater intensity.

From a benchmark perspective, the most important point to make is that the Ether market as represented by CF Benchmarks' Ether instruments, ETHUSD_RR and ETHUSD_RTI, has remained stable and orderly throughout the turbulence. They’ve thereby fulfilled the purpose of indices that are authorised as Benchmarks under EU and UK regimes. Given a transparent, rules-based methodology that is stringently enforced and monitored, there is no question of any lapse in price integrity or accuracy.

The robustness of these benchmark prices owes much to the aggregating heuristic that underpins both CF Benchmarks’ Real Time Index Methodology and Reference Rates Methodology. The policy promotes manipulation-resistance by design as much as it mitigates distortions through errors (human or system) and other extraneous pricing hazards.

It’s worth pointing out that whilst CF Benchmarks deploys a barrage of measures to capture the price disruption and distortion that can typically arise during severe market volatility, they have thankfully not been required. The measures include a Potentially Erroneous Data Parameter (PEP), a type of threshold which triggers literal alarm bells and a plan of action, if ever triggered. Neither the PEP for ETHUSD_RR nor the one for BRR have ever been triggered since the inception of the benchmarks in 2018 and 2016 respectively, including in recent sessions.

For Ether, the ‘correction’—an appropriate term given close-to-parabolic price advances in both dominant cyrptoassets of late—was possibly exacerbated by simultaneously unstable transaction fees (known in Ethereum parlance as ‘gas’) adding a dampening and aversive effect to price action. Either way, enhanced jitters may even be at the root of price swings as eye-catching as one recorded on the Kraken exchange, when a flash crash momentarily halved the screen price of ETH/USD. 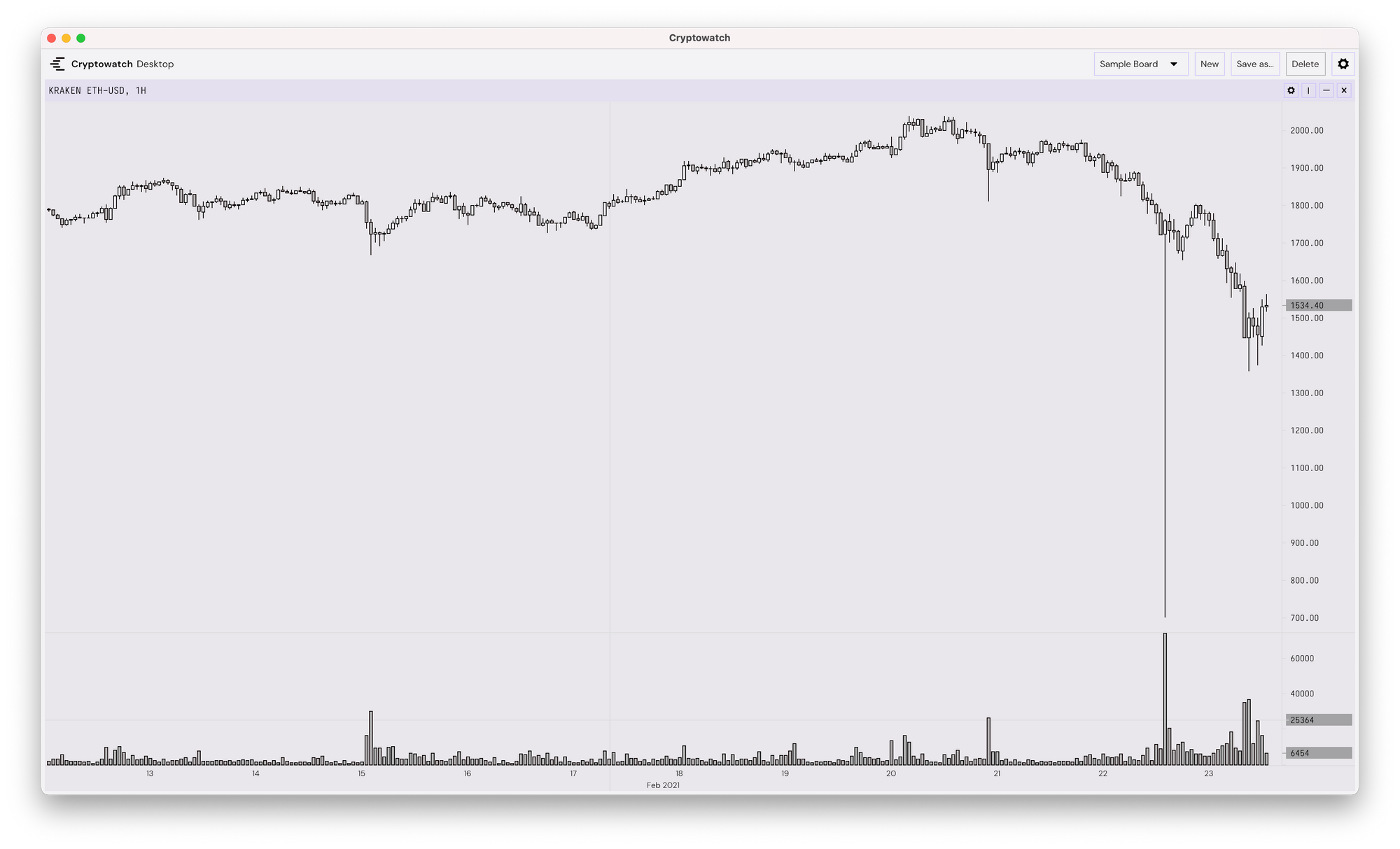 A contemporaneous chart of the most violent period of the Ether volatility, though this time showing ETHUSD_RTI benchmark prices, illustrates the contrast between CF Benchmarks’ consolidated order book methodology for deriving real-time index pricing and other price sources. (Note ETHUSD_RR includes Kraken among its Constituent Exchanges.)

It’s also notable that products that reference the ETHUSD_RTI price for calculating Ether prices for the provision of services reported no disruption during the market turbulence. Such products include those offered by BlockFi, utilising ETHUSD_RTI for valuation of collateral for loans or interest payments, and from the Crypto Facilities MTF that integrates ETHUSD_RTI in Ether derivatives prices.

It is this Ether price robustness and integrity that notably culminated in the CME Group launching Ether Futures, that settle to ETHUSD_RR, in recent days, following a lengthy gestation as partner in the benchmark since its inception in 2018.

Reinforcing the integrity of the benchmark even further, it’s worth noting that CF Benchmarks has just published comprehensive quantitative research that corroborates that integrity, as well as the accuracy, replicability and representativeness of the ETHUSD_RR. Read about the research here.

Little can be done about crypto price mayhem. But the best way to ensure the availability of accurate, trustworthy price data during both volatile times and calmer times, is to go for regulated, tested and proven Benchmark prices from the only authorised cryptocurrency Benchmark Administrator, CF Benchmarks.

The Calculation Agent announces that there will be no change to the constituents of the Nasdaq Crypto Index (NCI) when the index is re-constituted on March 1st 2021. In accordance 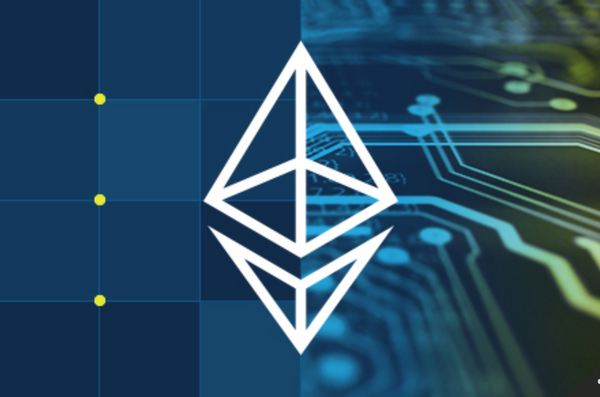