Into the Metaverse
The pace of institutional adoption palpably stepped up a gear after SEC chair Gensler said a few weeks ago: “I look forward” to BTC ETF filings under the 1940 Investment Company Act, “particularly if those are limited to…CME-traded Bitcoin futures”. As noted, asset management giants wasted little time. Fresh ‘guidance’ also coincided with a spate of filings and launches powered by our benchmarks. (See below). Meanwhile, at the time of writing, markets are staging another attempt to reach escape velocity following three months of shaky traction. Bitcoin briefly recaptured $50k for the first time since mid-May. Live benchmark BRTI marked $50,509.72 at 10:18 UTC on August 23. ETHUSD_RTI registered $3,378.93 at 14:16 UTC. Large caps tell even less of the whole story than usual though, with ETH volumes outpacing BTC’s in H1. And in terms of price growth, both were eclipsed by SOLUSD, the token of scalable layer 1 network Solana. It notched ~$114 on August 18, vs. ~$20 a month before. Scalability and sustainability also propelled CF Cardano-Dollar Settlement Price into our Ultra Cap 5 portfolio for the first time, post monthly rebalancing. (See ‘The Returns’). Indeed, it’s still a year when VISA can spend $150,000 on an NFT and barely be newsworthy.

QR Asset, Evolve prep ETF rounds 2 and 3
QR Asset will soon complete a Latin-American double header by listing the region’s first Ether ETF on Brazil’s B3 Exchange, after launching the first LatAm BTC ETF just two months ago. Like QBTC11, QETH11’s NAV calculation will be CFB-powered, this time by CME CF Ether Reference Rate. Elsewhere in the Americas, Evolve ETFs is set to float its third crypto fund on Canada’s TSX exchange. In another first, it’s a portfolio—Evolve Cryptocurrencies ETF (ticker: ETC). It will initially invest in Evolve’s BTC (EBIT) and Ether (ETHR) ETFs, which strike NAVs to CFB’s BRR and ETHUSD_RR. EBIT and ETHR will be weighted according to our free-float methodology, adding another layer of integrity and accuracy to the robustness deriving from ETC’s basis in BRR and ETHUSD_RR.

Victory Capital eyes public Nasdaq Crypto Index fund
With multi-asset ETFs looking increasingly like the next logical frontier of accessibility, CF Benchmarks-administered Nasdaq Crypto Index (NCI) was also named in a new filing. Victory Capital Holdings, the $162bn-AuM firm that announced a clutch of NCI-based assets in June, has opened Victory Hashdex Nasdaq Crypto Index Fund for private investors, simultaneously filing to offer it as an ETF. It’s the first vehicle driven by Victory’s partnership with Hashdex, which itself listed the world’s first crypto ETF based on NCI in February. • Kryptoin has filed an Ether ETF application with an NAV to be calculated by CF Ether-Dollar US Settlement Price, whilst awaiting the SEC’s decision on its CFB-supported BTC ETF. There’s little sign that the SEC will get a break from the stream of crypto paperwork any time soon.

Of all the far-reaching developments in the institutional crypto space over the summer, among the most significant were comments by the chair of the Securities and Exchange Commission, Gary Gensler, that were widely interpreted as delineating the conditions required for the agency to grant approval for a Bitcoin ETF.

It was earlier this month that Gensler provided the commission’s clearest signal yet that the widely sought goal of a crypto ETF was attainable, though perhaps not in the way most commonly expected. His comments came in a wide-ranging speech. Here, we’re most interested in the cryptoasset investment sector, so we’ll limit our focus to his remarks pertinent to those aspects.

From our perspective, as a regulated provider of cryptocurrency benchmarks that power a growing range of exchange traded products, Gensler’s comments on cryptocurrency markets have always warranted more careful consideration than they’ve generally garnered.

Not least because, as a former MIT professor who taught classes on blockchain and digital currencies as well as a former chair of the CFTC, he is probably the most knowledgeable SEC chair yet in terms of the nexus of established markets, regulated cryptocurrency markets, and crypto more broadly. 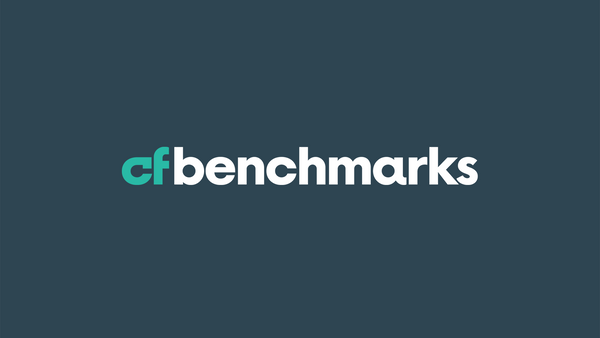 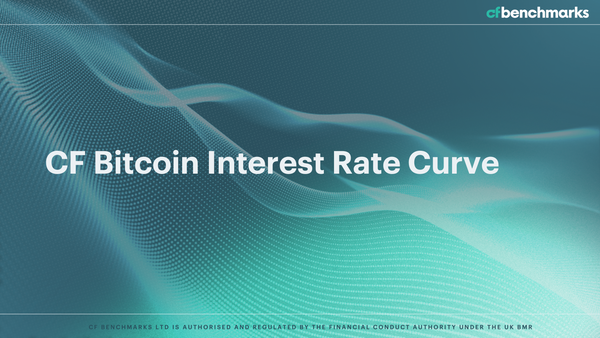