Of all the far-reaching developments in the institutional crypto space over the summer, among the most significant were comments by the chair of the Securities and Exchange Commission, Gary Gensler, that were widely interpreted as delineating the conditions required for the agency to grant approval for a Bitcoin ETF.

It was earlier this month that Gensler provided the commission’s clearest signal yet that the widely sought goal of a crypto ETF was attainable, though perhaps not in the way most commonly expected. His comments came in a wide-ranging speech. Here, we’re most interested in the cryptoasset investment sector, so we’ll limit our focus to his remarks pertinent to those aspects.

From our perspective, as a regulated provider of cryptocurrency benchmarks that power a growing range of exchange traded products, Gensler’s comments on cryptocurrency markets have always warranted more careful consideration than they’ve generally garnered.

Not least because, as a former MIT professor who taught classes on blockchain and digital currencies as well as a former chair of the CFTC, he is probably the most knowledgeable SEC chair yet in terms of the nexus of established markets, regulated cryptocurrency markets, and crypto more broadly.

Additionally, right from the very beginning of his candidacy as current SEC chair, through to his confirmation and to date, Gensler has pointedly telegraphed a clear set of themes on cryptoassets.

What’s more, the chair’s commentary was reinforced not once, but twice by ‘staff statements’ within the space of a month. Connecting the dots between these messages facilitates a clearer understanding of what’s turned out to be a logical sequence of statements from the SEC, amounting to an information—or education—campaign, urging investors to consider the risks involved in investment vehicles with exposure to Bitcoin futures—meaning exclusively CME Bitcoin Futures.

Accepting that the series of the statements has been a coherent, deliberate build-up to Gensler’s August remarks, the probability—if not the inevitability—of the SEC approving a form of Bitcoin ETF in the relatively near future appears to increase.

This more positive interpretation is clearer now, in light of Gensler’s most recent remarks, but beforehand, industry opinion, particularly in the press, reacted to the commission’s persistent cautions on Bitcoin futures as if they were tantamount to a prohibition on a crypto ETF in any shape or form.

We’ve always tended towards a more cautiously optimistic view, and we continue that stance below, as we undertake a comprehensive walk through the SEC chair’s latest comments and their implications.

The most salient parts of Gensler’s remarks are found in the three short paragraphs below. (I’ve bolded parts for emphasis).

“I want to turn to investment vehicles providing exposure to crypto assets. Such investment vehicles already exist, with the largest among them having been around for eight years and worth more than $20 billion.(13)” (Note: This was a reference to Grayscale Bitcoin Trust). Also, there are a number of mutual funds that invest in Bitcoin futures on the Chicago Mercantile Exchange (CME).

I anticipate that there will be filings with regard to exchange-traded funds (ETFs) under the Investment Company Act (’40 Act). When combined with the other federal securities laws, the ’40 Act provides significant investor protections.

Given these important protections, I look forward to the staff’s review of such filings, particularly if those are limited to these CME-traded Bitcoin futures.”

Excerpted from ‘Remarks Before the Aspen Security Forum’

Obviously, these utterances fall well short of a categorical framework for approval of a Bitcoin ETF.

Even so, it’s clear that the remarks represent the most pertinent public indications from the SEC yet as to the viability of a broadly available cryptocurrency investment product. In itself, the very act of making such pronouncements, and critically by delivering them in a largely neutral manner, is interpretable as a positive indicator. As we shall see, context can’t be dismissed as trivial in this topic.

Here are the key implications as we see them:

Taken as a whole, the chair’s remarks covering Bitcoin Futures Funds strongly suggests that a BTC fund structured as an ETF investing solely in CME Bitcoin Futures and filed under the ’40 Act might be eminently approvable.

Little wonder that the floodgates opened with a fresh torrent of Bitcoin ETF filings following the chair’s comments. ProShares, Invesco, VanEck, Valkyrie and NYDIG were among the first out the gates. It’s worth noting that these are S-1 or S-1A applications and therefore highly preliminary and subject to potential major change in the structure of ETFs they’re proposing.

Aside from that, one of the most salient questions in light of recent developments concerns the numerous filings seen over the last several months for Bitcoin ETFs that do not propose to invest in Bitcoin futures. This type formed the vast majority of applications to list a crypto ETF until the beginning of this month.

As with as with all things related to regulatory policy, the answer is that there’s no clear way of knowing the fate of these prior filings in the short-to-medium term.
However, assuming Gensler’s latest comments fill the previous vacuum with regard to where the commission stood on crypto ETFs, the odds for ‘physical’ crypto ETF applications could be interpreted as having fallen. Again, only time will tell for sure.

In the meantime, as regular readers will recall, several such initial applicants planned to use one of our regulated Bitcoin benchmarks to calculate daily NAV of their ETFs. Some have already reacted to the SEC’s implied clarification with new filings, suggesting more are likely to do so in due course.

As we’ve said consistently over the last several months, filings proposing products with end-to-end regulation—including a regulated CF Benchmarks index—logically stand the best odds of approval. Judging by comments emanating from SEC staff this year, this position continues to be vindicated, particularly bearing in mind that our CME CF Bitcoin Reference Rate is the settlement index for the most liquid and best-established exchange traded product of them all, CME Bitcoin Futures.

The next major point to watch in this saga will be customary 45-day countdowns, expected to begin shortly, to SEC decisions to approve of or reject the new Bitcoin futures ETF applications. Recall that acknowledgement of receipt of form 19b-4 by proposed listing exchanges on behalf of Bitcoin futures applicants are the paperwork that generally fires the starting gun on the official SEC review process.

With the commission’s pattern of reaction to crypto ETF filings for several years having been to extend that review process for as long as possible before ultimately rejecting all applications, it won’t be long before speculation about the SEC’s new Bitcoin ETF guidance will be put to the test. 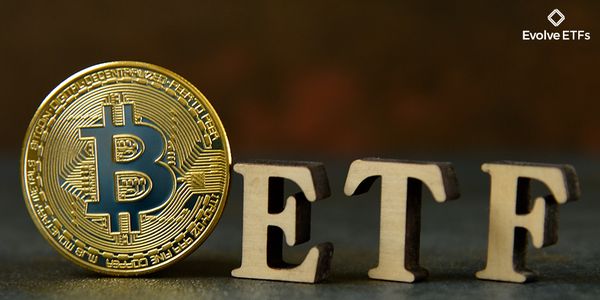 With multi-asset ETFs looking increasingly like the next logical frontier of accessibility, CF Benchmarks-administered Nasdaq Crypto Index (NCI) was also named in a new filing.

These are Gensler’s least equivocal remarks yet on this topic, indicating a potential line of least resistance.