Background
Four years since the inception of CF Benchmarks’ Bitcoin Reference Rate (BRR) and Bitcoin Real Time Index (BRTI), the only fully regulated Bitcoin benchmarks, evidence of their validity has accumulated. This passing of time affords the opportunity for in-depth research into the BRR, the index used as the settlement value for CME Group’s Bitcoin futures contracts. We decided to take that opportunity by producing a comprehensive examination of the qualities and capabilities of the BRR in a formal research paper. The specific focus was on key use cases for institutional clients, like those looking for a regulated price of Bitcoin on which to base financial consumer products, chiefly a Bitcoin ETF.

What we did in a nutshell

Key findings and takeaways
BRR input prices from Constituent Exchanges are highly correlated:
An analysis was undertaken of the pair-wise correlation of prices from Constituent Exchanges on a per-minute basis (the price difference between transactions for each minute at each exchange) during the 686-day observation period. The full data set is illustrated in the graphic below. 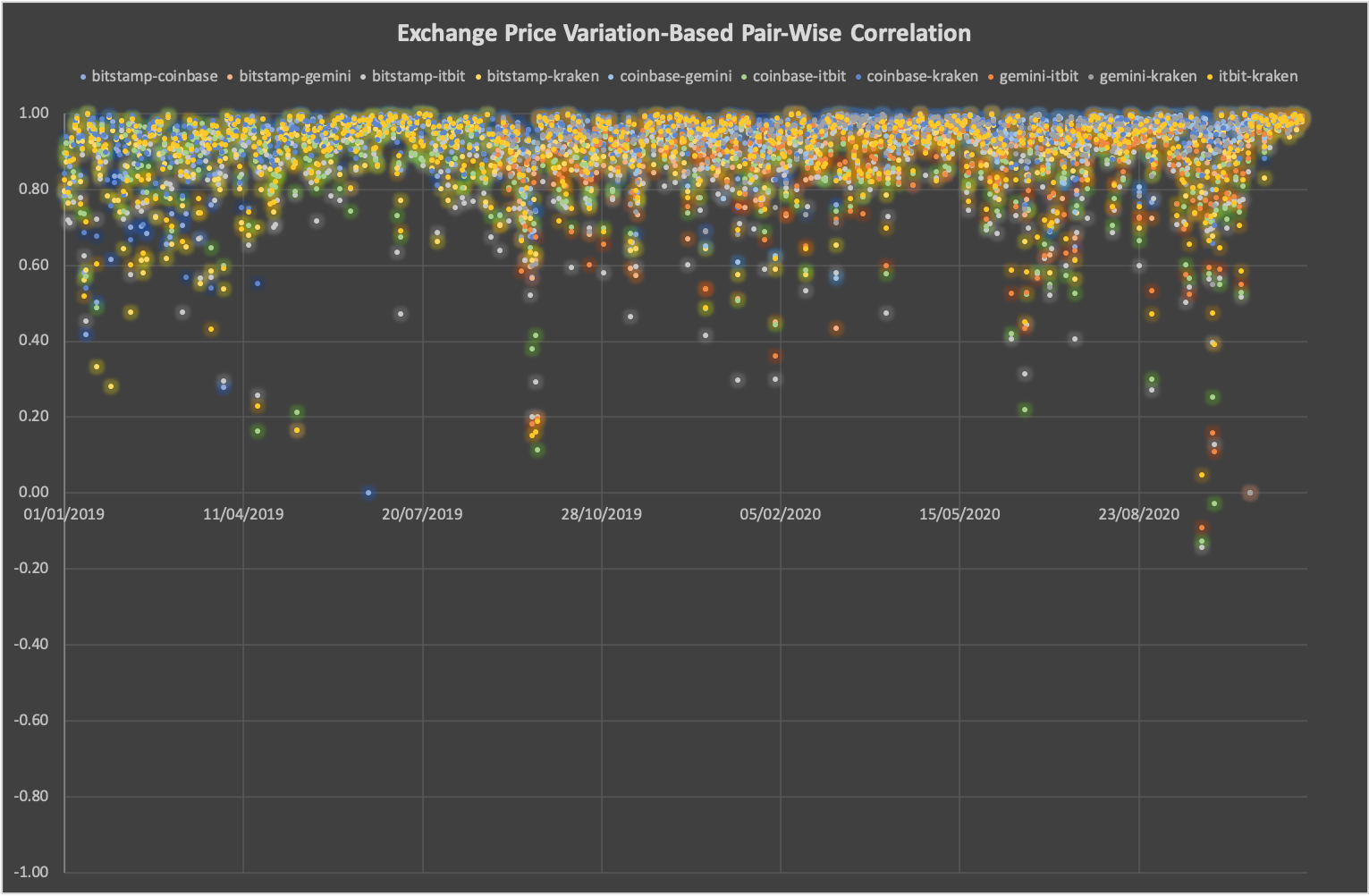 The BRR comprises sufficient volume to be valid as a benchmark:
On average it was possible to trade 1,848 Bitcoins a day at the BRR price during the one-hour measurement window of 15.00 to 16.00 London Time, during the 686-day observation period. That volume represented an average of 7,447 transactions each day, worth in excess of $17 million (at contemporaneous prices). Takeaway: There’s no doubt about the availability of sufficient volumes of Bitcoin at the BRR price.

The BRR price is replicable:
Volume data summarised above represents some evidence of the ‘achievability’ – another word for ‘replicability’ – of the BRR price. However the paper also prescribed a close observation of much larger daily transaction volumes of Bitcoin purchases, for the specific purpose of simulating the extent of ‘slippage’. (‘Slippage’ in market terms is the difference between the expected price of a trade and the price at which the trade was actually executed.) Slippage is almost an ‘industrial hazard’ for institutional market participants. That’s often because the trades they’re obliged to undertake are so large, it is difficult to complete them at the intended price, given that third parties can become aware of these large orders and try to take advantage by driving prices higher (or sometimes lower).

The exercise described in the paper was aimed at removing any lingering doubts about the ability of the BRR price to sustain multiple large-scale purchases of Bitcoin every day, whilst remaining replicable to a high degree. The paper contains the fine details. Suffice to say here that multiple purchases of Bitcoin were simulated on each of the 686 observation days, with the goal of completing one 50-Bitcoin purchase every second in a 3,600-second calculation window.

Defining slippage as the percentage difference between the replication price minus the BRR itself, results of the slippage analysis are presented in the graphic below.

The chart’s obvious standout data point show’s a 0.3% slippage on one day of the exercise in April 2020. It is clear that that was the maximum slippage observed on a single day during the observation period, with the remainder of values congregating approximately within the ranges of 0%-to-0.05% and 0.05%-to-just-below-0.15%. Takeaway: slippage can self-evidently be described as having been largely negligible or, at worst, minor during the observation period.

READ OR DOWNLOAD THE FULL RESEARCH PAPER: An analysis of the suitability of the CME CF BRR for the creation of regulated financial products 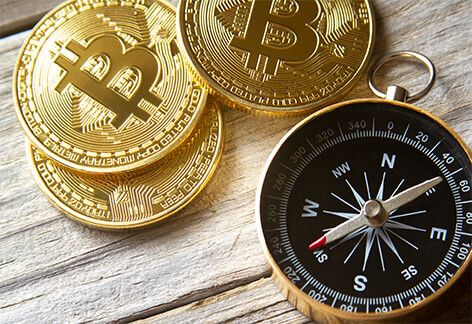 With a CFTC-regulated futures market operated by the CME Group now accounting for the highest BTC-USD open interest, among other elements of a more mature crypto market place than existed in 2017, brave forecasts of what might happen next based on BTC’s trajectory then, are void 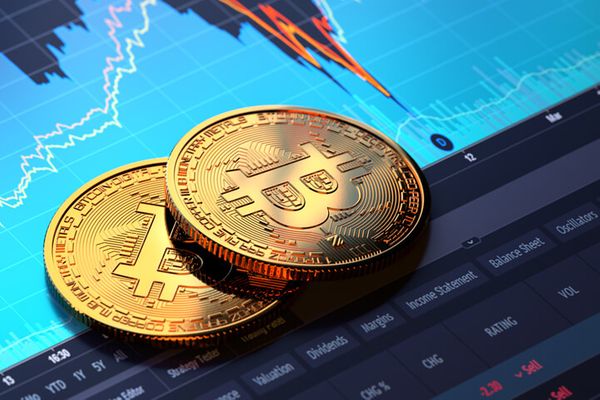 Several months into this barrage of records, their frequency has not abated to an extent for a serious correction—say $10,000-plus—to appear highly-probable in the near term.