The CF Blockchain Infrastructure Index - is a liquid, investible benchmark portfolio index that tracks the return performance of blockchain services within the Digital Asset space. The index seeks to capture returns of all eligible protocols under the Services category of the CF Digital Asset Classification Structure. Index constituents are weighted by using a capped free-float market capitalisation in accordance with the CF Digital Asset Series Ground Rules and the index methodology.

The challenging macroeconomic environment continued for digital assets: inflation remained at multi-decade highs, central banks have made sizeable policy rate increases, and global growth has begun to stall. Meanwhile,  the CF Blockchain Infrastructure Index has fallen 10.9% over the course of our most recent rebalancing period. Markets have remained vulnerable to increases in central bank policy rates that has led to a tightening of financial conditions in an effort to stymie inflation in most developed market economies. Although this dynamic has been visible across most risky assets, such as equities, the naturally higher volatility in the digital asset space has amplified downside price action.

The Blockchain Infrastructure protocols have been whipsawed by the tug-of-war dynamics between the current macroeconomic backdrop and the recent bullish sentiment surrounding the Ethereum Blockchain upgrade. At one point, the index rose approximately +20% before paring its gains, finishing in negative territory.

From a Digital Asset Classification Structure (DACS) perspective, the divergence in Level 2 performance categories was notable. The Scaling segment returned a modest -1.5% decline, as opposed to the steeper -9.5% contribution with the Information category.

Market breadth was broadly negative for Blockchain Infrastructure Protocols. 6 out of the 7 constituents finished the quarterly rebalance period in negative territory. Furthermore, 4 out of the 7 fell approximately -30% or more, or almost three-times that of the headline index.

Index laggards included LRC, GRT, and SKL, whose token’s prices fell -34%, -32%, and -30%, respectively. The indices sole gainer was Polygon’s native token, MATIC. Investor sentiment turned bullish on the Layer-2 scaling solution after Ethereum announced their plans to proceed with their Blockchain upgrade. Investors see bullish potential from the highly anticipated switch to Proof-of-Stake (PoS), which is believed to attract more institutional development into the Polygon ecosystem.

Polygon’s MATIC token has seen an overall uptick in total value locked (or TVL), which measures the summation of user funds deposited in a given protocol. The popular layer-2 scaling solution recently broke above the $1.7B  level, briefly peaking over $2.7B mark before setting back down into the $2.1B-2.3B range.

The initial run up started after the timeline announcement for the Ethereum blockchain merge, but has since caught a second-wind as more institutions (Robinhood and Meta) have on-boarded MATIC for native wallet integration. The speed of Polygon’s network allows users to reduce costs of transactions on the Ethereum blockchain. Importantly, investors see Ethereum’s upcoming merge as being more complimentary to MATIC, as opposed to competitive.

The CF Digital Asset Classification Structure (DACS) classifies coins and tokens based on the services that the associated software protocol delivers to end users, grouping assets by the role they play in delivering services to end users. The CF DACS powers CF Benchmarks' sector composite and category portfolio indices and allows users to perform attribution analysis to better understand the fundamental drivers of returns within their digital asset portfolios.

For more information about our CF Benchmark indices and our methodologies, please visit the respective web links below:

Have a question or would like to chat? If so, please drop us a line to: 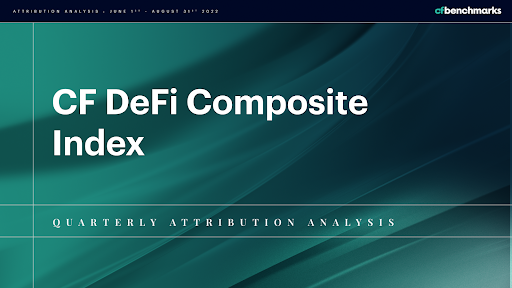 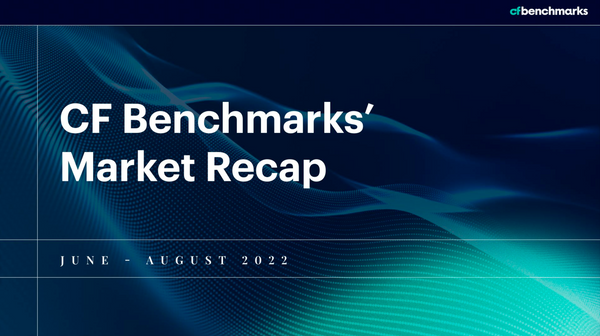