It’s every crypto trader’s worst nightmare. Whether it’s a heist, a Ponzi or another type of let-down, cryptocurrency exchange implosions are all too common and send a chill through the industry. In recent days, two police busts of exchanges in South Korea may turn out to be coincidental, though that’s little comfort for traders.

So once again, it’s been a few days that anyone who wishes to see the crypto asset class progress would prefer to forget. As has often been the case, underlying cryptocurrency technology wasn’t to blame. But for detractors, that barely matters. The impact on crypto’s reputation is the same.

More to the point, even as major financial institutions show increasing signs of readiness to participate in crypto markets, events like the exchange busts could give them cold feet. A Fidelity Digital Assets survey out in June of 800 U.S. and European institutional investors showed 6 out of 10 believed digital assets had a place in their investment portfolios, compared with 36% already invested in them. The prospective investors could have justifiable second thoughts in light of the Korean news.

After all, crypto history is a long-form version of crypto exchange scandal history. Some $300m was bilked in major-venue heists in 2019 alone. In terms of wash trades, several studies over the last few years have concluded that an astonishing 90%-plus of crypto trading is a hoax. For instance, Bitwise, the asset manager and index provider, estimated last year that 95% of spot bitcoin trading volume collated from 81 unregulated exchanges was fake.

For newbie crypto investors great and small these figures are one of the strings holding back their trigger finger. Their caution underscores the critical need for every possible control to eliminate investor exposure to fake trading.

In that respect, CF Benchmarks’ unique suite of cryptocurrency indices, including the newly launched Ultra Cap 5 Index, are among the best safeguards available to institutional providers.

All CF Benchmarks indices employ multiple layers of manipulation resistance and input data surveillance to ensure price integrity. But these are just one aspect of their painstakingly constructed defences against fraud and other factors that undermine price integrity. In turn, as the CF Benchmarks name suggests, it is the only crypto index provider with a methodology deemed watertight enough by European regulators for authorisation as an official Benchmark Administrator.

A key part of that methodology is CF Benchmarks’ Constituent Exchanges Criteria (downloadable at this link). One condition for inclusion stands out as one that exchanges in recent reports may not have met:

“The venue [must have] published policies to ensure fair and transparent market conditions at all times and…processes in place to identify and impede illegal, unfair or manipulative trading practices.”

As well as these criteria, CF Benchmarks’ indices, including Ultra Cap 5, the only regulated crypto benchmark in Europe, are built from the ground up to meet goals leading to price integrity.

As such, Ultra Cap 5 represents the culmination of three key CF Benchmarks principles that support the goal of price integrity:

With recent reminders that the crypto market boom can all too easily be followed by busts of one kind or another, the need for rock solid price data of the standard set by CF Benchmarks is only set to increase. 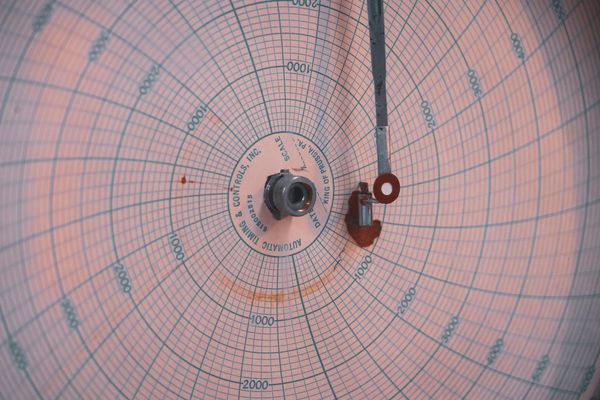 The Administrator announces a change to the implementation of the Potentially Erroneous Data Parameter as described in section 5.3 of the CF Spot Rate Methodology Guide that will become

One of the crypto world’s greatest (and oldest) conundrums: how to establish the price of an asset, like Bitcoin, at any given time