Traction
Bitcoin maintained an improved tone into the closing hours of the week having been resistant midweek to everything from rumours of new law enforcement capabilities (after U.S. Dept. of Justice hackers recovered Colonial Pipeline’s ransom), to good old- fashioned Fed-taper jitters. Rounds of red-hot U.S. and China inflation data were also shrugged off as crypto recoupled and rose in sync with established assets. The regulated CME CF Bitcoin Real Time Index (BRTI) notched the week’s low at $31,040.62 on Tuesday at 15:24 UTC, thereby holding above its mid-May floor on the $29k handle for a third week. BRTI stood at $35,693.16 on Saturday at 21:32 UTC. Ether relinquished its recent outperformance. The ETHUSD_RTI snapshot around the same time of $2,384.35 was c.16% below the spot benchmark’s 7th June, 13:01 UTC top of $2,847.84. In between times: El Salvador became the first country to adopt Bitcoin as legal tender, invoking a subtle market reaction and an indirect IMF rebuke. SEC staff commentary continued to trim away from funds with “exposure to the bitcoin futures market”. Its second carefully honed statement within a month remained neutral on the topic of BTC ETFs. (See our deep dive below). CF Benchmarks-devised and calculated Nasdaq Crypto Index (NCI) gathered more assets under reference. (Details in the next section).

Bitcoin ETPs launch in London
In Europe, focus remained on new listings. Switzerland’s 21Shares announced that a UK Bitcoin ETP would launch in London and Paris on the Aquis MTF “this summer”. With ETC Group’s physically backed Bitcoin ETP trading on Aquis from 7th June, the new launches appear to be a reaction to the UK’s lukewarm regulatory climate, as ETF Stream explains here.

Ruffer exits BTC trade with $1bn buffer
Ruffer LLP, the London investment management firm in the headlines over the last few months after an unusual disclosure of a large, successful Bitcoin trade, said it exited BTC in April with $1.1bn in profit. The news suggests profits from an initial $600m investment in November total almost $2bn, given that the firm took profits of $750m on its initial position in February.

The Returns: Nasdaq Crypto Index Settlement
Victory Capital’s announcement of new NCI-powered funds puts the portfolio index back into focus following its launch on 1st December. An 122.65% return compares with the BRR’s 84.45% growth over the same stretch. The differential illustrates benefits from NCI’s current 8-coin constitution, despite the dominant weighting of BTC (currently 62.39%) and ETH (31.7%).

There’s no getting away from it. The ‘messaging’ from Gary Gensler’s SEC of late has been problematic for crypto – particularly for the burgeoning institutional cryptoasset investment sector.

With 8 heavyweight applications to list the first U.S. Bitcoin ETF currently on the SEC’s desk—including four under active review that propose to calculate NAV based on regulated CF Benchmarks prices—the potential read-across from ‘negative’ SEC messaging suggests disappointment, particularly in light of the SEC’s recent decision to extend the review period for two of the most credible applications.

On closer inspection however, we don’t believe that such a pessimistic interpretation makes sense. We explain why below, but first, a recap of those comments.

Second warning
On Friday, for the second time within a month, the SEC published a statement containing strongly worded cautions to investors considering a fund with “exposure to the Bitcoin futures market”. This time, the commission used the medium of an ‘Investor Alert’ from the Office of Investor Education and Advocacy –jointly with the CFTC’s Office of Customer Education and Outreach—to reiterate that investors face enhanced risk of a “Potential loss of the investment” ... “for positions in Bitcoin futures contracts because of the high volatility of Bitcoin futures”. The statement noted that “positions in Bitcoin and Bitcoin futures contracts are highly speculative.” Additionally, the SEC implored investors to recognise “the potential for fraud and manipulation in the underlying cash or “spot” Bitcoin market.”

Read the full article on our blog. 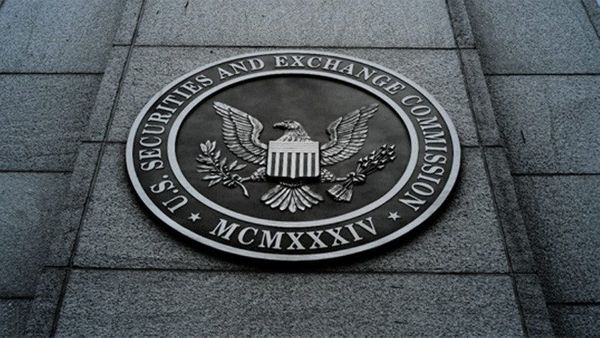 The SEC is continuing to take its time to decide whether or not to (finally) approve one of the weighty Bitcoin ETF applications on its desk. 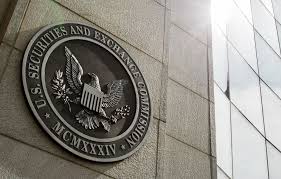 A close examination of the commission’s recent warnings suggests that its concerns won't have a great deal of bearing on Bitcoin ETF decisions.